Women on Parole in Texas 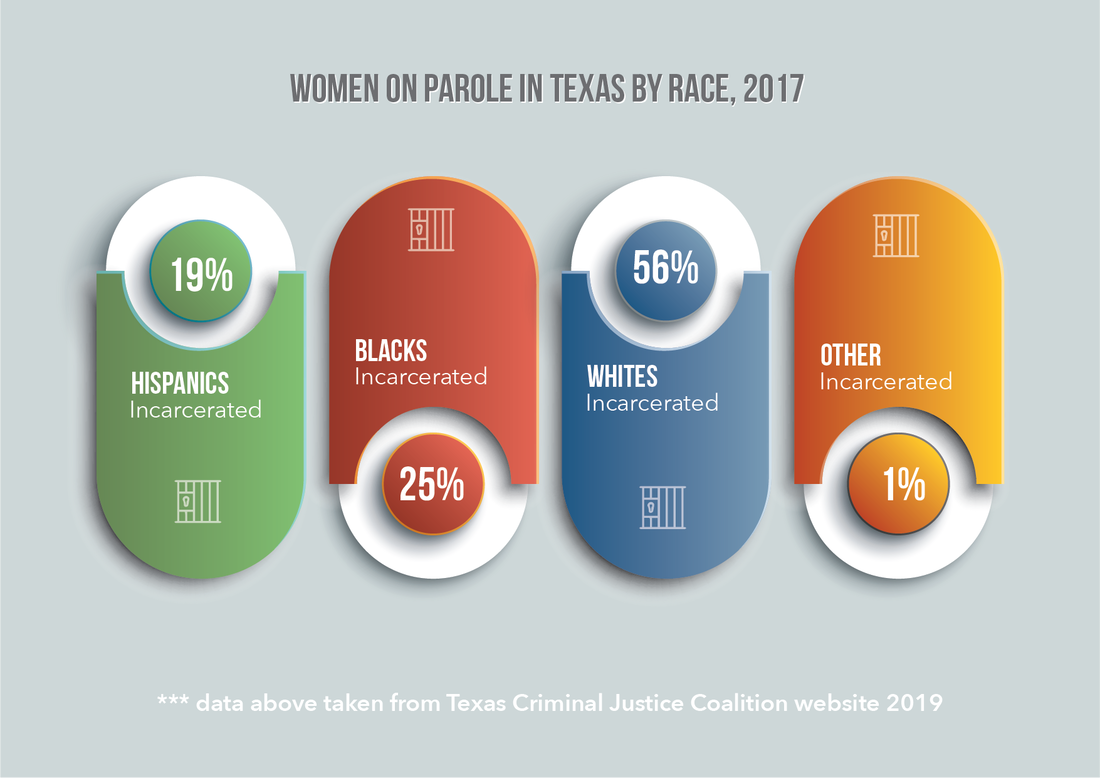 The Texas Criminal Justice Coalition’s survey of hundreds of incarcerated women revealed that more than half of all respondents had previously been sexually assaulted, while 82% had been victims of domestic violence.

Of female parole revocations, 21% were for a “technical” violation. In other words, nearly a quarter of female parole violations were for failure to comply with the terms of parole, not for a new offense. Like with probation revocations among women, this lack of success under supervision points to the need for more effective assistance to help female parolees live stable, productive lives in the community.
*** data above taken from Texas Criminal Justice Coalition website 2019
DONATE

Today, the United States has the largest incarcerated population in the world. And although the United States has only 5% of the world’s population, it has 25% of the world’s inmates. After release, formerly incarcerated women are labeled “ex-cons” for the rest of their lives. This label dramatically reduces their prospects for legitimate work that pays livable wages. Not surprisingly, unemployment rates can be as high as 70% among ex-offenders. But, for “ex-cons,” finding honest work at a fair wage isn’t the only challenge they will face. A prior felony makes it nearly impossible for them to find a place to live. Having served your sentence and paid your debt to society, they are free but face these daunting realities. Without support and skills, how successful would your transition be? Without a job or a home, as many as 50% of released parolees become homeless and resort to living “on the streets.” Unemployment, homelessness, and incarceration become an inescapable cycle, and with few real options, many women return to a life of crime.
​
Unfortunately, this tragic cycle is why the majority of ex-offenders will commit new crimes within three years of their release from prison. In fact, the United States Department of Justice reports that ex-offenders commit nearly 70% of all crimes. These statistics demonstrate the vast need for rehabilitative programs that are specifically focused on career development, including entrepreneurship training, beginning in the prison system–prior to release–and that continue to offer support post-release.

Why Empowered Women of Purpose is Necessary