AN INTERVIEW WITH
​BERT SMITH

Change a Life. Change a Legacy 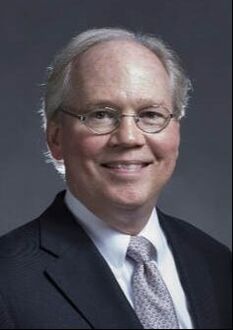 “The question ‘What if you were best known for the worst thing you’ve ever done in your life?’ settled in on my soul and I knew I had to do something.”
– Bert Smith, Former CEO of PEP and Founding Board Member of EWOP
​
We recently had the opportunity to sit down and hear from Bert Smith, Founding Board Member of EWOP and long-time supporter of and advocate for the incarcerated. The passion that Bert has for those behind bars was clear from the moment he started to tell his story, which, not surprisingly, begins with a mission to serve infants and their families. Here are a few highlights from our conversation.
How did your journey into service and non-profit work begin?
The first non-profit I was involved in was a small start-up in the Houston area. Our mission was to provide baby food and formula to infants during the gap between birth and approval of WIC benefits. However, the mission quickly grew and expanded into serving families with other needs as well.


When and how did you get involved in prison outreach?
In 2004, I was really busy with a business start-up involving DVD rental kiosks. I attended a breakfast gathering where the founder of Prison Entrepreneurship Program (PEP) asked a question to begin the talk: “What if you were best known for the worst thing you’ve ever done in your life?” That question settled in on my soul. The founder went on to talk about how difficult it was for convicted felons to gain employment and start a new life for themselves. I felt the Holy Spirit tug on my heart, saying to me, “It’s time to give away the experience and success you’ve had the past 25 years.” I knew I had to do something, and that’s when I began volunteering with PEP. I volunteered for several years, then served as CEO for 9 years.


Tell us what you’ve learned during your time behind bars, serving incarcerated men and women.
Working with PEP really started a transformational process in me. I saw strangers become real people, friends even. I realized we’re all the same really – we’re all God’s children and we need each other. When I was a volunteer, I was still busy with my business, and my visits to the prison were something I looked forward to every month. The men I met were creative, determined, just incredible people. I got so much inspiration and so many ideas from them!


How did PEP decide to begin serving women?
My interest in serving the women started early on in my time at PEP, which has historically served only men. At almost every speaking engagement, the question of whether we also served incarcerated women would come up. PEP’s belief is that if you serve the men, you ultimately serve the families, which includes women and children. However, the question continued to nag me until we decided to run a pilot at Lockhart Correctional Facility, a women’s unit in Lockhart, Texas. I thought it was important to try to change the answer to that recurring question. After running two successful classes, we learned two important things. First, we learned that serving women is very different, requiring different services and a different approach to how those services are offered. And second, we observed how incredibly motivated women are, which gives us a lot of hope for the future of EWOP and its graduates.


What are some of your most memorable moments or stories from the time you’ve spent with the women of EWOP?
I have so many stories, it’s hard to think of just one. One that comes to mind though is the story of a woman from EWOP’s first class. This woman had gone to prison for manslaughter for killing a relative who had attacked her and gotten her pregnant. Long story short, she did not see her son for 4 or 5 years while she was incarcerated. With EWOP’s help, a relative brought her son to her EWOP graduation ceremony, and she was able to see him and hug him for the first time since birth. It was priceless to see a mother and son reunited like that. She has since been released, found a good job, and has her own home. We love to see families reunited and do whatever we can to lighten a family’s load.


What would you like to share with potential EWOP donors or volunteers?
I don’t know why we’re here on this earth if it’s not to love each other. There are several ways to express that love. It may be that you’re called to love by giving time or giving relationship as a volunteer or mentor; or that you’re called to love by giving financially if you’re blessed in that way. I frankly don’t know of many, if any, non-profits that offer the giver a relationship, as well as such a direct path to making an impact on someone’s life.


Bert, his wife Gwen and the extended Smith family recently became EWOP’s first Legacy Changer through a generous gift of $50,000.

By joining us today with a gift of any amount, YOU can also help change a woman’s life and legacy. And you, like Bert, can choose to leave your own legacy – a legacy of love, service, and life-changing relationships.
GIVE NOW